Holi is Celebrated as Festival of Color and  Prosperity.To ensure a safe and peoples friendly Holi , play it with Natural colors.Synthetic colors are toxic for skin,eyes and different vital parts,because they contain powdered glass,acid and metals.The famous gulal contains silicate, black paint contains lead oxide, green colours contain copper sulphate , and silver contains aluminium.Experts advice the use of eco-friendly and natural colours in order to have a healthy Holi. Holi revelers must take note of the following guidelines in order to have a healthy Holi. It is good to apply olive oil on the hair, and apply Vaseline on the face and hands. Use glasses to protect the eyes, and preferably use derma shield on the skin. Use a moisturizing soap to wash off the colours, and seek immediate medical attention incase of any irritation.

Mysore will soon have a college for Yoga and Naturopathy which will include a 100-bed hospital. The state has sanction Rs 1.70 crore for the construction of the college building on the Krishnarajasagar Road, near the Princess Krishnajammanni Tuberculosis Sanatorium (PKTS). State director of AYUSH (Ayurveda, Yoga & Naturopathy, Unani, Siddha and Homeopathy) G N Srikantiah said in Mysore that the building would be ready in about 2-3 years.
The college will have ayurveda, yoga, unani and homeopathy. There is presently no Siddha branch.t will include a 100-bed hospital where patients will be treated with the traditional system of Indian medicine. The ‘Mane Maddu’ (house remedies) programme was being continued by the department. Around 650 Ayurveda clinics spread across the state were adopting two villages each and propagating awareness on lifestyle habits, preventive measures and simple household remedies for minor ailments by using traditional methods. The idea was to improve and maintain the general health of the rural people with least cost, Srikantiah said.
In this direction, he said the Department was conducting public health programmes in association with NGOs.
It was organising a three-day training programme for AYUSH doctors, alternative therapists, natural therapists, NGOs and interested general public about yoga, naturopathy and acupressure in Mysore from March 25, in association with Vijaya Foundation.
The workshop would lay emphasis on pain management diagnosis and treatment of chronic illness through acupressure, thus making cost effective remedies available to common man without any drugs either at no cost or low cost, he said.
Mysore Ayurveda College Principal Aruna said the workshop would also train AYUSH and allopathy doctors working in primary health care delivery system, which caters to more than 80 per cent of the illness in rural areas. It is expected to give training to at least 200 delegates.
Devendra Vora, renowned nature cure and acupressure therapist, whose “Health in Your Hands” book in Indian and foreign languages has been sold over 4 million and who has treated over 200,000 patients, will conduct the workshop.
Source:Business Standard
www.ayushdarpan.com Dr Navin Joshi at NPAFc पर 19:33 No comments: 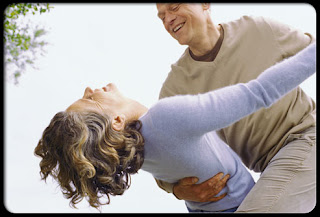 Following Japan's nuclear crisis, the European Union is urging member states to check Japanese food imports for radioactivity, a European Commission spokesman said Wednesday.
"A recommendation was issued via the rapid alert system for food and animal feed," which is a food safety European information exchange system, said the European Commission spokesman for health issues, Frederic Vincent.The advice, which was issued Tuesday, requires governments that conduct controls to inform the 27-nation EU if the level of radiation exceeds authorised levels.
The controls apply to a small quantity of products, Vincent said, noting that the EU imported 9,000 tonnes of fruits and vegetables from Japan in 2010. The EU also imports a small quantify of fish, he said.
Fears of a full-blown nuclear catastrophe have grown as Japan struggles to contain a crisis at the Fukushima No.1 power plant, which has been hit by a series of explosions after Friday's earthquake knocked out reactor cooling systems. European energy commissioner Guenther Commission voiced concerns that the situation could worsen, warning it was "effectively out of control."
"We are very much concerned and deeply distressed at the pictures we are seeing from Japan, and we are not yet at the end of this sequence of tragic and far-reaching disastrous events," Oettinger said.
"In the coming hours there could be further catastrophic events which could pose a threat to the lives of people on the island," he told a European Parliament committee.
The situation, he added, "is in the hands of God".

In a study that was conducted to study the effect of social class on exposure to common water disinfectants it was found that wealthy people who choose to drink bottled water rather than water from public supplies may be no less exposed to potentially cancer causing water contaminants.As part of the EPICURO national bladder cancer study, researchers from all over Spain quizzed 1,270 individuals about their water use and consumption in an effort to discover whether social class has any bearing on exposure to common water disinfection byproducts. High levels of trihalomethanes (THM), chemicals formed in chlorinated water, have been implicated as a possible risk factor for cancer and can be ingested through public drinking water supplies, or absorbed through the skin in baths, showers, and public swimming pools. The CREAL (Centre for Research in Environmental Epidemiology) research team found that richer people with higher levels of schooling consumed more bottled water than those less educated. Dr Gemma Casta'o-Vinyals, who led the investigation, said, "People with more money and more education may think that they're reducing their risk of exposure to water contaminants by drinking bottled water. However, despite being apparently cleaner and taking more exercise a result of taking more frequent and longer baths, and using swimming pools more often they are actually increasing their risk of THM exposure.
"It must be said that, the risk of these contaminants causing bladder cancer is small, and findings from this research may help us to understand water use patterns in the context of cancer prevention."
Source-Eurekalert