GNA Patent Gurukul has submitted the required revisions to the guidelines for processing of Patent Application relating to Traditional Knowledge to the Controller General of Patents: Design and Trademarks (CGPDTM).The revisions to the guidelines came out of a brainstorming session organised recently. The draft of guidelines for patenting traditional knowledge and biological materials was issued on November 8, 2012 by the CGPDTM and the industry was asked to comment for the required changes.
These included grant of patents for processes that demonstrate improvements. For example, better extraction processes, better dosage forms, stable formulations and better tastes or aromas not known or reported in traditional knowledge.
Patents for processes which can give plants or cultivars which give higher yield of either the vegetations per se, foliage or specific compounds present in the biological material or herbs.
The panel of experts represented by Dr GopaKumar G Nair, head GNA Patent Gurukul, DBA Narayana, member Indian Pharmacopoeia Commission (IPC) along with the Pravin Gandhi College of Law and Indian Drug Manufacturers Association (IDMA) had officials from pharma and Ayurveda companies like Charak, Emcure, Indoco, GNA, IPCA and Piramal among others who called for processes that involved biotechnological interventions, improve bioavailability of herbs, synergy of activity which provides improved efficacy or increased safety.
Processes for standardization, fractionation, isolation were also required to be patented. This is because while processes of fractionation and or isolation of compounds identified are easily understandable and the process of standardization is really an inventive step in certain cases. Mere development of an analytical or measurement method for one or more phyto-compounds from a biological material or herb does not meet the inventive step criteria. For instance, determination of gallic acid in fruits. However disclosures of specific processes that identifies a bioactive compound or a set of bioactive compounds or such compounds to be  present in specific rations etc., or compounds that may be produced due to improper processing leading to unsafe compounds and development of analytical methods to analyse these would need to be protected, pointed out the panel.
In the case of patents for products, the panel called for grant of the same for formulations that are novel and inventive. Novel combinations involving selection of specific ingredients, specific proportions and specifically processed materials need to be considered for grant of patents.
Patents should also be granted for products standardized in a novel way to provide specific quality including ratio of components and bioactive compounds. In addition it should also be granted for uniquely delivered special packaging or delivery apparatus or devices for ophthalmic preparations. It should also be granted for a combination of processes and compositions.


Children who regularly see specialists for chronic medical conditions are also using complementary medicine at a high rate, demonstrates recently published research from the University of Alberta and the University of Ottawa.
About 71 per cent of pediatric patients attending various specialty clinics at the Stollery Children's Hospital in Edmonton used alternative medicine, while the rate of use at the Children's Hospital of Eastern Ontario in Ottawa was 42 per cent. Nearly 20 per cent of the families who took part in the study said they never told their physician or pharmacist about concurrently using prescription and alternative medicine.
Sunita Vohra, a researcher with the Faculty of Medicine & Dentistry at the U of A, was the lead investigator on the study, which was recently published in the peer-reviewed journal Pediatrics. Her co-investigator was W James King from the University of Ottawa.
"The children in this study are often given prescription medicines," says Vohra, a pediatrician who works in the Department of Pediatrics and the School of Public Health at the U of A.
"And many of these children used complementary therapies at the same time or instead of taking prescription medicine. We asked families if they would like to talk about the use of alternative medicine, more than 80 per cent of them said, 'yes, please.'
"Right now, these families are getting information about alternative medicine from friends, family and the Internet, but a key place they should be getting this information from is their doctor or another member of their health-care team, who would know about possible drug interactions with prescription medicines." Vohra said the study "identified a gap in communications" in dealing with pediatric patients and their families.
"It's important to get these conversations going with every patient, especially when you consider it's not widely recognized how common it is for children with chronic illnesses to use alternative medicine," says the Alberta Innovates-Health Solutions scholar.
"We need to make sure these families are comfortable telling their specialists they are taking other therapies," she said. Right now, Vohra and her colleagues at the U of A have developed curricula for undergraduate medical students about the use of alternative medicine by pediatric patients, which is considered innovative and novel. Ensuring medical students receive information about alternative medicine is key because it arms them with more knowledge about potential interactions with prescription medicine, says Vohra.
"Considering parents are saying they want this information, we have an obligation to ensure future physicians have the education and resources they need for these conversations," Vohra says.
Source:University of Alberta Faculty of Medicine & Dentistry

A neural basis for benefits of meditation 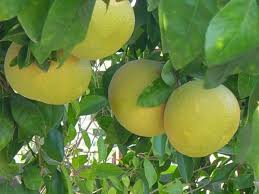 New insight into grape seed extract as a therapeutic and preventative measure to fight obesity-induced kidney damage is presented in a new study. Grape seed and skin extract (GSSE) is known to contain powerful antioxidants. This study, published in the journal Applied Physiology, Nutrition, and Metabolism, is the first to make a link between GSSEs and high-fat-diet-induced renal disease.The authors examined the effect of GSSE processed from a grape cultivar (‘Carignan’) of Vitis vinifera from northern Tunisia on rats. Rats were fed a high-fat diet that induced a low-grade reno-lipotoxicity, that is, kidney damage associated with lipids. This was characterized by elevations in plasma urea and protein in the urine. The researchers found increased deposits of triglycerides (TG) (especially saturated fatty acids), increased signs of oxidative stress and depleted copper levels in the kidneys. There was also histological evidence of disturbance in the kidney structure.  When the animals received GSSE at 500 mg/kg bw (which corresponds to 35g/day for a 70 kg human adult) along with the high-fat diet there was a partial reversal of the TG deposition as well as the histological damage.  The authors suggest polyphenols including resveratrol are likely the components in GSSE responsible for the positive effects. Furthermore the GSSE prevented the oxidative stress and copper depletion.“In our research, obesity-induced leaky kidney and proteinuria are shown to be prevented by GSSE, which suggests the use of GSSE as a preventive nutriceutical for high-risk patients,” said co-author Kamel Charradi, a researcher with the Laboratory of Bioactive Substance at the Center of Biotechnology of Borj-Cedria (CBBC) in Tunisia. This research group has previously published work showing the benefits of GSSE in combating obesity, heart dysfunction, brain lipotoxicity and kidney cancer.The article “Grape seed and skin extract alleviates high-fat-diet-induced renal lipotoxicity and prevents copper depletion in rats” is available Open Access in the journal Applied Physiology, Nutrition, and Metabolism
Source:Applied Physiology, Nutrition, and Metabolism


What do cancer cells, weeds, and pathogens have in common? They all evolve resistance to the treatments that are supposed to eliminate them. However, researchers developing the next generation of antibiotics, herbicides, and anti-cancer therapeutics rarely come together to explore the common evolutionary principles at work across their different biological systems. The new American Academy of Microbiology report "Moving Targets: Fighting Resistance in Infections, Pests, and Cancer" concludes that scientists working on different kinds of treatments have much to learn from each other. Applying lessons learned about the evolution of resistance in different biological systems during the earliest stages of drug and pesticide design could lead to more effective treatments for patients, farmers, and public health organizations.
Do you think the oncologists at a cutting-edge research hospital ever sit down with local farmers? Do you think the pharmaceutical researchers developing the next generation of anti-HIV drugs spend any time with the plant scientists working on the next generation of Roundup Ready soybeans? If your answer to both questions is no, you would be mostly right. Even though all of these people are dealing with exactly the same evolutionary phenomena, they do not recognize themselves as a single scientific community and rarely get a chance to learn from each other. What they all have in common is that they are trying to eliminate an unwanted living entity but the treatments they develop eventually lose effectiveness because the target evolves resistance.
The emergence of resistance is a phenomenon with ancient evolutionary roots, although the human role in triggering resistance was little appreciated before the advent of widespread antibiotic and pesticide use in the 1950s. In Silent Spring, the prescient Rachel Carson wrote in 1962 that "by their very nature chemical controls are self-defeating, for they have been devised and applied without taking into account the complex biological systems against which they have been blindly hurled." Sadly, in the fifty years since Silent Spring was published, biologists, doctors, and farmers continue to be plagued with resistance evolution by the species they seek to control. This phenomenon is witnessed in medicine in the emergence of antibiotic resistance and when tumors become intractable to standard anti-cancer medications, in agriculture when insecticides and herbicides lose effectiveness, and in public health when disease-carrying insects develop resistance to control strategies. The report "Moving Targets: Fighting Resistance in Infections, Pests, and Cancer" makes clear that a multi-disciplinary approach to the phenomenon of resistance can be very powerful.
Source:American Society for Microbiology


Exercise may play a key role in helping children cope with stressful situations, according to a recent study accepted for publication in The Endocrine Society's Journal of Clinical Endocrinology & Metabolism (JCEM).
When they are exposed to everyday stressors, the study found sedentary children had surges of cortisol – a hormone linked to stress. The most active children had little or no increase in their cortisol levels in similar situations.
"The findings suggest physical activity plays a role in mental health by buffering children from the effects of daily stressors, such as public speaking," said the study's lead author, Silja Martikainen, MA, of the University of Helsinki, Finland.
The cross-sectional study monitored physical activity and cortisol levels in a birth cohort of eight-year-old children. The 252 participants wore accelerometer devices on their wrists to measure physical activity. Saliva samples were taken to measure cortisol levels. To measure reactions to stress, children were assigned arithmetic and story-telling tasks. The study is the first to find a link between physical activity and stress hormone responses in children.
The children were divided into three groups – most active, intermediate and least active. The most active children's cortisol levels were the least reactive to stressful situations. The most active children exercised more vigorously and for longer periods of time than their counterparts.
"Clearly, there is a link between mental and physical well-being, but the nature of the connection is not well understood," Martikainen said. "These results suggest exercise promotes mental health by regulating the stress hormone response to stressors."
Source:The Endocrine Society