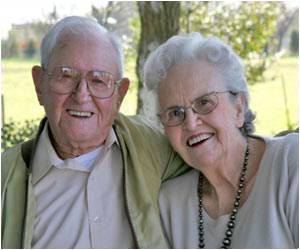 Aging is associated with a progressive decline in cognitive function, and slower regeneration of message-relaying neurons in the brain. A protein molecule, called B2M, that accumulates in the blood with age may be linked to cognitive decline, revealed scientists who mooted hopes of a memory-restoring treatment. They observed that the protein was found in higher concentrations in the blood and cerebral spinal fluid of aging humans. Also in mice, inhibiting B2M improved learning and memory in laboratory experiments.


Study co-author Saul Villeda of the University of California San Francisco said, "We are very excited about the findings because it indicates that there are two ways to potentially reverse age-related cognitive impairments. One is to introduce pro-youthful blood factors and the other is to therapeutically target pro-aging factors like B2M." The authors said, "Aging remains the most dominant risk factor for dementia-related neurodegenerative diseases, such as Alzheimer's disease. As such, it is imperative to gain mechanistic insight into what drives aging. In the brain in order to counteract vulnerability to cognitive dysfunction. B2M injections impaired the learning ability, memory, and neuron growth of lab mice. But the effect was reversible by stopping the injections." Villeda said, "In another experiment, the scientists eliminated B2M genetically in mice, and observed that the old mice lacking B2M did not develop memory loss. This all implied the molecule could be targeted to potentially restore cognitive ability in the elderly." The research is published in the Nature Medicine.Source: AFP
www.ayushdarpan.com Dr Navin Joshi at NPAFc पर 18:55