Artemisia (aka. Wormwood) has been used in herbalism since ancient times. It is extremely bitter tasting and named wormwood on account of its efficacy in destroying intestinal parasites. It is also one of the herbal ingredients in that mysterious alcoholic beverage Absinthe – which according to the traditional recipe was also prepared with several other herbs including lemon balm, mint, anise, fennel, hyssop, marjoram, angelica and dittany of Crete. 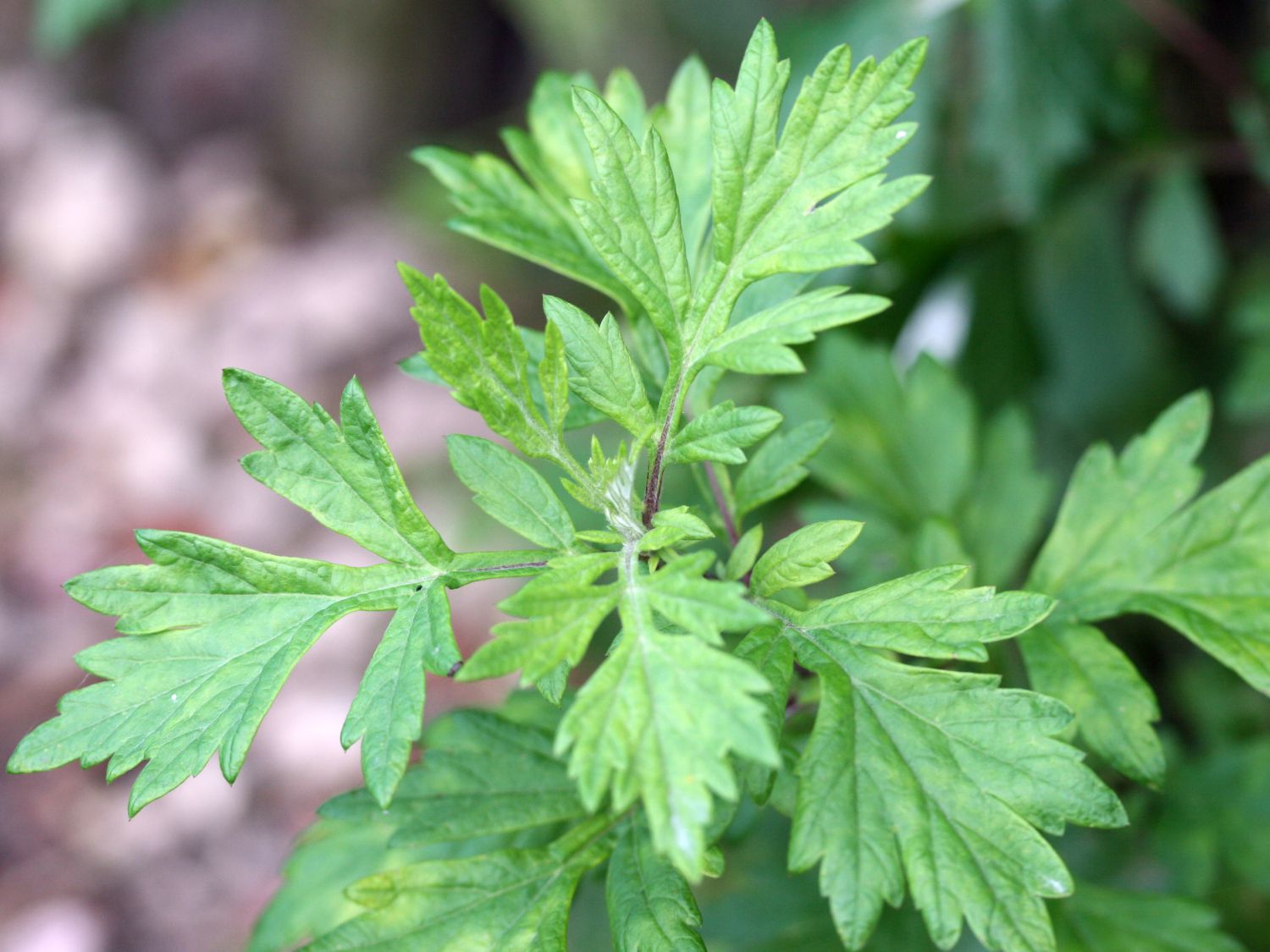 Artemisia has tremendous promise as a potential anticancer agent – especially when combined with iron: It targets the cancer cells specifically.
Artemisinin, a compound derived from Wormwood, has been the subject of much research – and it has shown much promise as an anti-malaria agent. It is now well established to have anti-proliferative and apoptotic (killing) effects on a number of cancer cell types.
Artemisia annua was first noted as a possible anticancer herb in 2001, when two researchers at the University of Washington learned that wormwood showed highly selective activity against breast cancer cells. “Artemisinin reacts with iron to form free radicals that kill cells. Since cancer cells uptake relatively large amount of iron than normal cells, they are more susceptible to the toxic effect of artemisinin.”   The anticancer effect of artemisinin is thus much enhanced (up to 100x) by the preloading of cancer cells with iron.
Recent scientific research conducted at the Cancer Research Laboratory, University of California (Berkeley) has found that Artemisinin, a compound found in Artemisia, induced a growth arrest of tumorigenic human breast cancer cell lines with preneoplastic and late stage cancer phenotypes, but failed to arrest the growth of a nontumorigenic human mammary cell line.
In lay terms, what this means is that artemisinin killed the breast cancer cells without harming the healthy cells. This is exactly the kind of effect that researchers are looking for – because one of the greatest challenges of modern cancer research is to develop effective anti-cancer agents which do not also harm healthy cells. Current anticancer regimens are notorious for their highly toxic effects – aka “collateral damage”.
It is also thought that hyperbaric oxygen therapy could further enhance the anticancer effects of artemisin.
Note that these studies were performed in vitro i.e. in laboratory glassware and so this research, though highly encouraging, should not be considered as proof that artemisinin can cure cancer in human subjects. It is however one of the more promising anticancer herbs we have come across and worthy of due consideration not only by naturopaths but by orthodox medicine. Artemisinin is sometimes being used as supplementation as an adjunct to chemotherapy.  just  look at this comment from a lady whose husband had lung cancer:


“My husband was diagnosed with lung cancer, it filled the left lung and it was wrapped around his spinal cord. Too close to a main artery and esophagus to operate. It also got into the Lymph system. The doctors were surprised that he wasn’t paralyzed since the cancer had crushed and cracked the spinal cord. I gave him Artemisinin capsules for four days at the beginning of the treatments with radiation and chemo. After six weeks hubby was cancer free and stayed that way. An amazing recovery. The medical staff said “they don’t see that very often.””