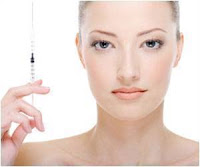 Some of the biggest celebrities in the world are opting for an unusual form of anti aging treatment after a group of South Korean researchers found that bee sting venom was one of the most effective ways of stopping the process of aging.Researchers led by Dr Sang Mi Han conducted the decade lone study for New Zealand beauty company, Manuka Doctor and the treatment will be available for use at Holland & Barrett shops from Monday.
The treatment has already attracted some of the big celebrities with Camilla, the Duchess of Cornwall, and Dannii Minogue having reported to have undergone the £55 bee venom facial treatment. The company claims that the treatment is the “next best alternative to botox, in a jar”.
Dr Han revealed that the bee sting venom helps prevent sun damage and restore collagen formation. “Exposure to the sun is one of the main causes of wrinkles because UV light increases levels of proteins which are responsible for the degradation of collagen in the skin This is what leaves it lacking in elasticity, sagging and wrinkling as we age”, Dr Han said.
www.ayushdarpan.com Dr Navin Joshi at NPAFc पर 18:17