Link Between Auto-immune Diseases and Wounds That Don’t Heal, Probed 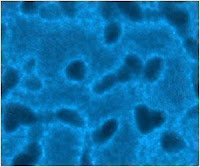 Countless Americans suffer from wounds that don't heal. Though majority are usually diabetes related, new research has recognized another likely underlying cause, ‘autoimmune diseases’. The finding, published online Dec. 14th in the International Wound Journal, represents an unappreciated link that could lead to important new insights in wound healing, say researchers at Georgetown University Medical Center. (Data from this study were presented at the 2011 annual meeting of the American College of Rheumatology.)
The study was sparked by the keen observation of Georgetown rheumatologist Victoria Shanmugam, M.D., who began noticing something rather unusual in her patients with autoimmune diseases — any open wound they had was very slow to heal. Their recovery was even more protracted than in patients with wounds who have diabetes, a disease that is notoriously damaging to blood vessels and to normal skin repair.
So Shanmugam and her colleagues conducted a chart review of people who sought care at a high-volume wound clinic at Georgetown University Hospital to determine the prevalence of autoimmune diseases. The study included patients with open wounds — usually leg ulcers who were treated during a three-month period in 2009. Of the 340 patients, 49 percent had diabetes, which she says is a typical rate.
"But what was surprising is that 23 percent had underlying autoimmune diseases, and the connection between these relatively rare disorders and wounds that don't heal is under-recognized," she says.
Of the 78 patients in the cohort who had autoimmune disease, most had rheumatoid arthritis, lupus or livedoid vasculopathy, a type of vascular disease.
Shanmugam says her findings also show that autoimmune disease-associated wounds were significantly larger at the patient's first visit. These non-healing wounds can be "incredibly emotionally draining and financially costly," Shanmugam says, because they require doctor visits over many months as well as an ever-present risk of serious infections. Sometimes, infections can lead to surgery and the amputation of limbs. More often, they require skin grafts or use of skin substitutes, which may still not solve the problem.
In fact, Shanmugam's study found that skin grafts were more likely to fail in patients with autoimmune disease-associated wounds.
Shanmugam hopes the link she has made between autoimmune diseases and wound healing will make its way into the consciousness of the general practitioner. While it is much too invasive and costly to recommend that all patients with wounds be tested for autoimmune diseases, she says, "If a doctor has a patient with a leg ulcer that won't heal after three or four months and they have done all the appropriate treatments, I hope they will look for the presence of an autoimmune disorder."
Source-Eurekalert
www.ayushdarpan.com Dr Navin Joshi at NPAFc पर 18:29